Debuting to the global automotive public at the 2016 Canadian International AutoShow in Toronto, the Toyota U-squared is an urbanized utility concept combining the aspects of car, truck and compact van. Conceived by Calty, Toyota’s North American design studio, as a mobile solution for makers (a modern culture consisting of do-it yourself construction and creative explorations), the Toyota concept vehicle is a purposeful design optimized for usability.

The truck-like appearance of the Toyota U-squared concept features a practical utilitarian layout that stands apart from current Toyota production vehicles. The well-defined front end of the urban utility wears unique bumper work. Within the grille area, the company name ‘TOYOTA’ is branded in the place of a traditional logo (one of the last Toyota products sold in North America to feature that treatment was the FJ Cruiser). Sculpted details enhance the front quarter panels and side sections of the Toyota U-squared matched with large wheel openings hosting generously sized tires and wheels. 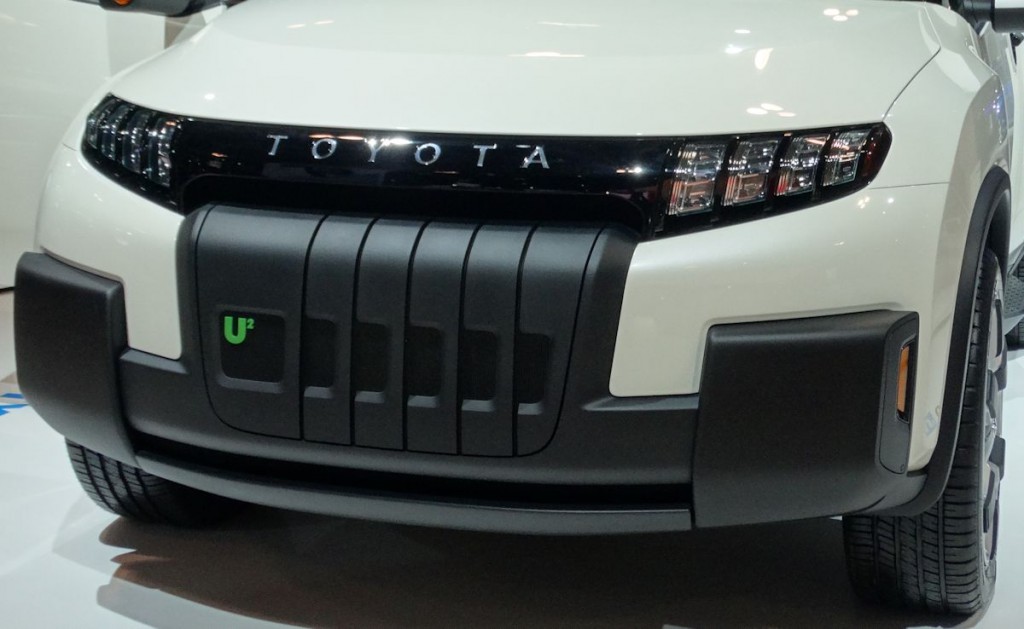 At the rear of the Toyota U-squared is a scene where a maximized effort by designers instills the magic of the urban utility concept. A slidable glass panel that lowers into the tailgate that it holds down creating a ramp. Around the rear signal lights, a pair of grab handles is also visible. This rear ramp opening provides a welcoming venue for an inexhaustible list of mobile work or recreational needs.

Interior solutions for the Toyota U-squared lend it easily to almost any possible layout. Front passenger and rear seating is available on the vehicle but can be easily folded. The front passenger seat also can be completely removed if desired. Interior space for the rear section of the U-squared concept is configurable as an open or fully closed component. A rail system and retractable utility bar are installed inside the concept vehicle’s space allowing for orderly customization. Flip-up side windows provide access at a roadside. For added space and usable possibilities, the Toyota U-squared concept’s features retracting roof panels (a similar system existed on the GMC Envoy XUV). 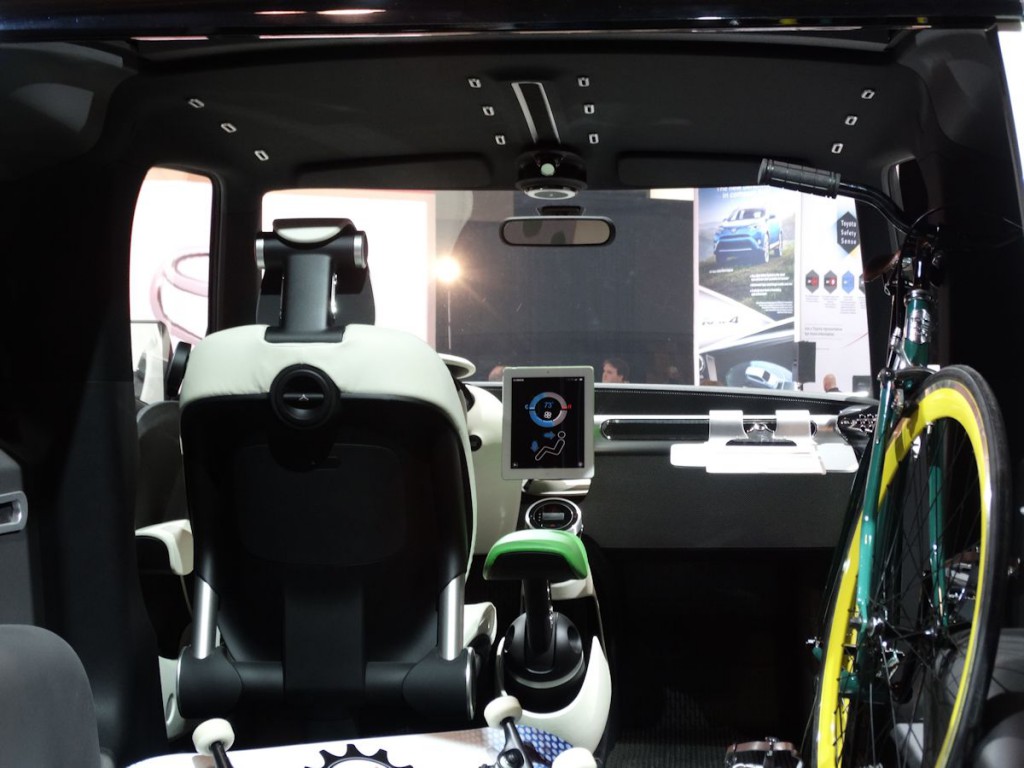 Describing the Toyota U-squared concept vehicle, Calty’s president Kevin Hunter expresses, “The U-squared is a compelling design exercise that delves into the increasing re-urbanization of our cities and urban drivers’ desire for flexibility, fun and maneuverability”. Calty’s execution of the urban utility design study consisted of consultations with Maker Faire in the Bay Area of San Francisco as they pursued the requirements in the lifestyle and culture of the creative individuals they seek.

As is the case with all concept vehicles introduced by manufacturer on the auto show circuit, we are left to wonder what the production possibilities for the Toyota U-squared. Focusing attention specifically on the North American market, it’s hard to gauge these quirky, ultra practical vehicles in recent years. The Honda Element as well as the Chrysler PT Cruiser enjoyed a very long sale run despite their unconventional proportions and styling attributes. On the other hand, Nissan sale of the wacky compact called the Cube apparently fizzled quickly in North America after its 2009 debut. Working in the favor of the Toyota U-squared is a market for utility vehicles incorporating true utility is just as popular as the sport crossovers.

Are you a Toyota fan? Check out our collection of custom and classic Toyotas HERE.